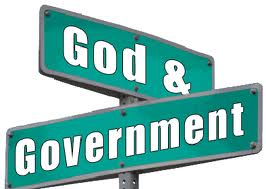 As we often hear about the separation of church and state, but we don’t always hear about religion’s impact in government through lobbying and campaign contributions. Yet, with the 2012 presidential campaign season approaching, we hear about the importance the evangelicals have in early states as Iowa and South Carolina.

Let’s not kid ourselves, religion has always played a role in our government. James Madison had a reason for including freedom of religion in the Bill of Rights, and the same be said for Thomas Jefferson’s letter to the Danbury Baptists. The US Supreme Court first used “building a wall of separation between church and State” in Reynolds v United States (1878).

William Jennings Bryan’s rooted his presidential campaigns in his faith. Rev. Billy Graham influencing the White House goes back to President Eisenhower. Rev. Jerry Falwell’s Moral Majority served as a force for the conservative right in the 1980s. Today, Rev James Dobson’s Focus on the Family is strong. By the way, the PBS series God in America is a wonderful learning opportunity. (Video, transcripts, and other resources are here.)

On Easter Sunday, ABC’s This Week (with Christiane Amanpour) used the entire hour to feature God and Government. Below are some points that I found interesting.

The show opened with separate interviews with two prominent pastors: Rev. Franklin Graham and Rev. Tim Keller. Listen to them helps demonstrate differences within Christianity. The interviews are on this link.

Equally information was the roundtable discussion between Dr. Richard Land of the Southern Baptist Convention, Eboo Patel, founder of a the Interfaith Youth Core and a former member of President Obama’s Faith Advisory Council, Reverend Al Sharpton, and ABC’s Cokie Roberts and her husband Steve Roberts, an interfaith couple (Catholic and Jewish). Again, the theological differences are both profound and interesting. Here are a couple of quotes that struck me.

(C Roberts) Well, one would hope that religion stands in the place of trying to make people come together on high ground. But the – the fact is is that – that there’s lots of arguing and yelling and screaming and it takes place among religious people; in some cases inside churches. But I don’t want to go too far on this because keep in mind this – in this country, we’re not fighting with each other over religion. And that’s happening in most parts of the world.

(Sharpton) If – with – with all of us sitting around this table from different faiths, if those that we learned and emulate those faiths that Mohammed and Jesus and Moses set out, they wouldn’t have a problem. It’s those that come in their names that have so polarized American and world society. And I think if we sought to rise to the level, the thinking, the spirituality of those that we claim to follow, we would be able to break those barriers down.

(Patel) We have a remarkable opportunity in this country. This is the first nation that brings people from the four corners of the Earth from every conceivable ethnic, racial, religious, national background to build together a country. We have an opportunity to be a city on a hill where the Mosque, the Synagogue, the Church, the Tsonga, the secular humanist society, works together in a world in which those communities are too often at each other’s throats.

(S Roberts) I think an even more pressing spiritual issue is tolerance. Our whole history has been replete with spasms of intolerance. And eventually we overcome them, and we have to do it again. … But history tells us that that will change. For 250 years that each new group America says we’re now perfect, we’re going to pull up the drawbridge, because the next group – the Germans, the French, the Italians, the Irish, the Jews, the Chinese, the Japanese, they’re going to degrade our culture. All of the rhetoric, all of the hate, all of the nativism that is being focused on Muslims and to some extent on Latinos today, we’ve heard periodically throughout our entire history.

(Land) (about the birthers and those thinking President Obama is a Muslim) I think they’re irrational, and a little imbalanced. I – I have no doubt whatsoever that Barrack Obama is a very typical 21st century main line Protestant. …  I say the idea that he wasn’t born in Hawaii, and the idea that he’s a Muslim is just flat nuts.

What are your thoughts?

14 thoughts on “On God and Government: The Interview”