How was your weekend?

Ours was fine, but it included the expected and unexpected. First, Friday and Saturday gave us time on the ballroom floor. On the other hand, we had a birthday party for me planned on Sunday, but because attendees were primarily from our church, and given the unexpected death of a good friend was from church, cancelling my celebration was the right thing to do.

Thanks for everyone who stopped by this little corner of the work for surprise birthday post to my blogger friends. Meanwhile, my wife and I had a good day with a trip to the Museum Center for an Omnimax film (Flight of the Butterfly) and taking in the Dead Sea Scrolls exhibit – followed by dinner. Meanwhile, here’s an update on my situation.

Returning after an emotional trip from Italy and dealing with the jet lag is a given. Reconnecting with bloggers after time away is demanding. Toss in the fact that I’m behind on my tax preparation, a time-consuming project just came my way, and then the sudden death of my friend – yep – all those added together equals overload. As I’ve stepped away from this blog for short time, a special thank you to all for the kind words I recently received

Here is my upcoming plan. Instead of posting 5-6 times per week, I hope to post 2-3 times per week over the next few weeks. I’m confident that I can keep up with replying. On the downside, I know my time at your blogs will be limited, if any. Please remember that I’m not abandoning you!

For your Monday Morning Entertainment, enjoy this commercial blooper because this couple makes me laugh. Have a good week, and I hope you stop by on Tuesday and Thursday.

It’s been a long time since I dedicated a post to a number, so today is as good as day as any to celebrate Sixty Factoids about 60.

3) An icosidodecahedron has 60 edges

5) A number system with base 60 is called sexagesimal, which the Babylonians and the Mali Empire used

In Science
6) Neodymium has the atomic number 60, whose neutral state consists of 60 protons and 60 electrons (and they make interesting magnets)

8) Appropriately for today, 60 Aquarii is the Flamsteed designation for a star in the equatorial constellation of Aquarius

9) The first fullerene (buckyball) discovered was buckminsterfullerene C-60 – an allotrope of carbon with 60 atoms in each molecule, arranged in a truncated icosahedron (appearing like a soccer ball)

In Religion
10) In the Bible, the number 60 is the age of Isaac when Jacob and Esau were born, and the number of warriors escorting King Solomon

11) In the laws of kashrut of Judaism, 60 is also the proportion (60:1) of kosher to non-kosher ingredients that can render an admixture kosher post-facto

12) In the Koran, Allah, the Exalted and Glorious, created Adam in His own image with His length of sixty cubits

15) Songs include Sixty Seconds to Kingdom Come (U2), Sixty Years On (Elton John), Sixty Minutes Man (Billy Ward and the Dominoes), Zero to Sixty (Aaron Watson), and 60 – a set of etudes for the classical guitar (Matteo Carcassi )

16) Books include the Cat Who Had 60 Whiskers (Lilian Jackson Braun), Sixty Things to Do When You Turn Sixty, and Totally MAD: 60 Years of Humor, Satire, Stupidity, and Stupidity

In Sports
18) Although not the record, Babe Ruth 60 home runs in 1927 remains a standard

22) The Hamilton TIger-cats won the 60th Grey Cup on December 3, 1972 by defeating the Saskatchewan Roughriders13-10, which was also the last Grey Cup played in December

24) In darts, 60 (treble-twenty) is the highest score which can be achieved with a single dart

In Standards
25) The infield in softball is smaller than in baseball; each base is 60 ft

26) Bowling alley is 60 ft from foul line to termination

29) 60 hertz is the electrical utility frequency in western Japan, South Korea, Taiwan, the Philippines, Saudi Arabia, the United States, and several other countries in the Americas

32) The 1 in 60 rule is a rule of thumb used in air navigation, and states that if a pilot has travelled sixty miles then an error in track of one mile is approximately a 1° error

35) 60th parallel South does not cross any land

41) Highway/route 60 is found in 5 Canadian provinces, Chile, Europe (Euro route from France to Romania), Israel, India, Malaysia, New Zealand, South Korea, and the UK. In the US, there is a federal highway, 30 states, and 2 territories

45) In 60 AD (also known as Assyrian year 4810, Berber year 1010, Buddhist year 604), Emperor Nero sends an expedition to explore the historical city Meroë (Sudan), Paul of Tarsus journeys to Rome, but is shipwrecked at Malta, and Hero of Alexandria writes Metrica, Mechanics, and Pneumatics.

48) The Sixty Years’ War (1754–1814) was a military struggle for control of the Great Lakes region in North America, encompassing a number of wars over several generations

52) 60 years of marriage is the diamond wedding anniversary

53) The maximum number of marbles (game pieces) in Chinese checkers

54) The code for international direct dial calls to Malaysia

56) The total number of cards in the game Rack-O

59) Baby boomers are members of the 60s generation

60) There are many more items associated with 60, but on this day, it’s only sixty. 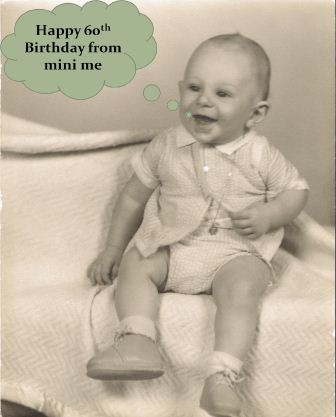