As a holiday weekend for many, I hope you had an enjoyable one in whatever you did. How did you spend your weekend? We had  wide variety of things as an evening on the ballroom floor, working in the yard, playing handbells, and hosting my in-laws.

Meanwhile, although Saturday was sunny and warm, cool temperatures have come to Cincinnati for Monday’s Opening Day. This is always been a special day for Reds fans, so the weather will not dampen spirits.

To celebrate Opening Day in the spirit of Monday Morning Entertainment, here are four of my favorite short pitching videos.  Even though the longest is only 90 seconds, (three are less than a minute), I’ve included a short description to help guide your choices 0 but watch as many as you want. Enjoy and have a great week!

On Opening Day 2010 in Cincinnati, the mayor delivered the worst “throwing out the first ball” ever.

Enjoy this crazy pitch of a ceremonial first pitch.

This one from a Japanese League is awesome. The umpire called it a strike probably for the effort.

Movie buffs may remember this scene from Bull Durham.

On Politics
Elected officials in Washington continue to favor politics over policy … and that’s why nothing is getting done.

I enjoy when a respected Congressman rips Congress.

Many people are like politicians. For instance, as many complain about media bias, why are the viewership numbers for FOX News and MSNBC rising? I explain media bias in this past post.

I recently called my Board of Elections to see how I can undeclared a party. Unfortunately, I have to wait until the 2014 primary.

On This Week’s Headlines from The Onion

On Potpourri
A special thanks to Georgette for this great post – one that she says I helped inspire.

Dancing with the Stars is off and running. Sorry to Dorothy Hamill have to leave the show due to an injury.

Baseball’s Opening Day Cincinnati Style is Monday – and the weather isn’t looking good – but as we know, that’s subject to change.

For those counting on a Saturday Morning Classic Cartoons post, sorry … none this weekend … but hopefully returning next Saturday morning. For those needing a cartoon fix, here’s a nugget to hold you over.

Because our handbell choir plays this weekend, I send you into the weekend with the joys of the two tunes we’re playing: a recording of Te Deum Laudamus (a not-so-easy, fast paced tune with a favorite of techniques) and a video of Easter Joy played by very large choir of several hundred ringers!

To the Jews, Happy Passover. To the Christians, Happy Easter. To all, have a good weekend! For those traveling, be safe. In the words of Garrison Keillor, Be well, do good work, and keep in touch.

There are dark shadows on the earth, but its lights are stronger in the contrast. ― Charles Dickens

A partial darkness or obscurity

An imperfect and faint representation

An imitation or copy

A shaded or darker portion of a picture

A state of obscurity

Some people seemed to get all sunshine, and some all shadow… ― Louisa May Alcott, Little Women

A pervasive and dominant influence or presence

A remnant, an insignificant amount, an inferior focus

An area near an object

A darkened area of skin under the eye

An incipient growth of beard that makes the skin look darker

An inseparable companion or follower

A nearby or adjoining region

A source of gloom or unhappiness

A shelter for protection

Keep your face always toward the sunshine – and shadows will fall behind you. ― Walt Whitman

Enjoy for a day journey with the shadows of Italy. Which are your favorites? Ciao!

Peeking through the shadows in Florence 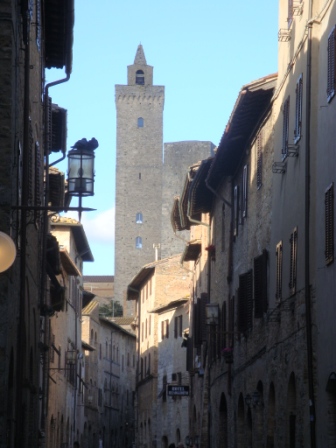 A Sunny Day in San Gimignano 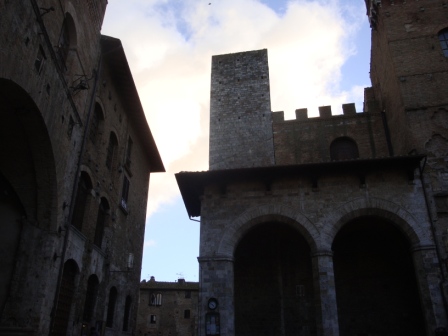 In the Shadows of San Gimignano

Leaving the Light On in San Gimignano

A University Building in Pisa 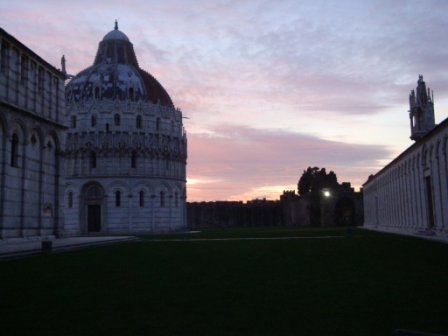 Night Falls in Lucca on the Bascilica of San Frediano

Snow flurries have been in the air for the past two days. Fortunately, the temperature is warm enough that nothing sticks. On the bright side, temps are due to move upward into the weekend.

For your midweek dose of satire, let’s continue the creative challenge (for those desiring) by taking the information in the headlines (and only in the headlines) to make a new headline. Any ideas?

Otherwise, any favorites in the list? Enjoy, and have a good rest of the week!

Report: Small businesses fail in first 6 hours of being on fire

Photo of crying woman on cover of national newspaper

In the US, calls to the 9-1-1 center are part of the public record – therefore, recorded calls may become part of a news report. Whether on a large cable/satellite network, a national network, or the local news, I’ve never thought much about these calls beyond hearing the initial account …. well, not until last month.

What you are about to read is simply the basic facts about the event – and by no means will I go into more details about the incident – thus keep in mind, my point in this post is regarding emergency calls being part of a news story.

A friend of mine was sitting in a chair one evening. His wife was sleeping, my wife received a Facebook comment from him, and within an hour, shots from outside his house killed him. His wife found him in the chair, thus called 9-1-1.

The next day, the local news included that emergency call as an update to their story. Hearing a person’s voice that I know well describing her discovery troubled me. Yes, this was my first encounter of knowing the people involved in a 9-1-1 call that made the news. Throughout my 60 years, I’ve had people close to me die of a wide range of ages – some unexpectedly, some from prolonged illness. – from heart attacks, cancer, accidents, and others – but never murder.

Nonetheless, hearing her voice made me think about 9-1-1 calls. Don’t get me wrong – it’s a wonderful service – but should emergency call center recordings remain private for a designated number of days as 30 or 60? What’s your opinion?

Baseball Opening Day in Cincinnati is a week away, meanwhile, winter is having a difficult time loosening its grip on the Ohio Valley. We are due to get some white stuff tonight, but I’ve got the feeling that our house will avoid the most significant amounts.

How was your weekend? We started the weekend with ballroom dance, then drove to my sister-in-law’s family for a delayed Christmas gathering. We had a great visit, and returned home ahead of the lousy weather.

To jump-start your week, it’s time to complete a trilogy. With so many readers enjoying two recent clips from Singin’ in the Rain, I close this trio of hits with Guapo’s favorite: Moses Supposes. Enjoy and have a great week.

“One who was quiet and soft-spoken, but whose actions were incredibly destructive and legitimately dangerous” (Chuck Jones’ description)

Mission: To blow up the Earth because it blocks his view of Venus

Trying for more than two millennia

Often accompanied by his dog “K-9”

Other Accomplices: Instant Martians (activated by adding drops of water) and his niece Marcia

Unnamed in the original, but called Commander of Flying Saucer X-2 in The Hasty Hair (1952)

According to Don Markstein’s Toonopedia, Marvin got his name in The Bugs Bunny/Road Runner Movie (1979)

First voiced by Mel Blanc, who gave him a nasal-like voice, but later adopted an accent

Notable Quotes
Where’s the kaboom?
There was supposed to be an earth-shattering kaboom!”
Isn’t that lovely?
This makes me very angry, very angry indeed
Click for sounds quotes by Marvin

Consistently foiled by Bugs Bunny, but also battled Daffy Duck in Duck Dodgers in the 24½th Century (trailer below)

A Frank Angle
Create a free website or blog at WordPress.com.