On Politics
In his initial campaign, President Obama pledged to get the troops out of Iraq and Afghanistan … and he has moved accordingly. Therefore, the stress on the Veterans Administration (VA) should not be a surprise.

On the other side of the coin, as Congressional Republicans aim to politicize the VA situation, let us not forget they are the ones who wouldn’t expand VA funding without cutting other programs to pay for the expansion.

I said this after the 2008 election, and it’s a good time for it again. I wish President Obama would appoint Sen. John McCain (R-AZ) to lead the VA … and then overhaul the organization.

Here’s is an interesting article by columnist George Will regarding the 2016 presidential election.

The Affordable Care Act’s “employer mandate” continues to bother me, thus maybe why I found this article interesting.

Although Cincinnati is in Ohio, Kentucky is across the river … which means Cincinnati television stations broadcasts into Kentucky. The senate race between Minority Leader Sen. Mitch McConnell (R) and Secretary of State Alison Lundergan Grimes (D) may be the most expensive senate campaign in history (which means the Ohio side of the river will get to see many campaign ads.) According to the Cincinnati Enquirer, most of the campaign money (to date) has come from outside Kentucky: 86% (McConnell), 75% (Grimes).

On This Week’s Headlines from The Onion
Wise oracle proclaims at barbecue that he felt a raindrop
Elderly man hailed as alert
Study: Human ability to cooperate most strongly exhibited when ordering pizza
Woman confusingly tells man she’s not interested in him
Modernized space camp allows kinds to simulate frustration over lack of funding

On Potpourri
I got so behind on replying to comments, Wednesday morning I responded to almost 50 overdue comments. Shame on me! 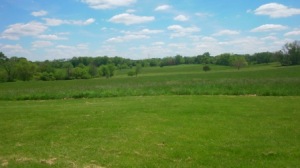 Last weekend we stopped by Local Fest, a festival featuring locally grown and made products by local vendors. It was at Grailville, a retreat and educational center … and amazingly, they have over 300 acres of land. (What a peaceful view in the midst of suburbia.) Their mission statement states, Called by our spiritual values, The Grail envisions a world of peace, justice and renewal of the earth, brought about by women working together as catalysts for change.

Being this is Vol. 222 of this Friday series, I’m reminded of a television show from the early 1970s. Does anyone remember Room 222? Of course, I do because I had a crush on Karen Valentine – click for a video.

No Saturday Classic Cartoon post this weekend, but I may have a Saturday post (if I complete it).

To send you into the weekend, here’s The Alan Parsons Project with Games People Play. Have a safe weekend and in the words of Garrison Keillor, Be well, do good work, and keep in touch.