Underground is the opening number in Memphis: The Musical, which received 8 Tony nominations while winning 4 (2010) – including Best Musical. The story (loosely true) is about a white DJ in Memphis who played black music in the 1950s to a White audience. The musical’s script includes “race music” as a descriptive phrase.

In my almost 66 years, I haven’t heard “race music” before, well – until 10 days before attending a community theater performance of Memphis: The Musical when we saw the premier of a new play – Cincinnati King – a story about Cincinnati-based King Records. (Click for video ad.) From not ever hearing the term to it crossing my path twice within 10 days is a bit odd – but also a sign for a blog post.

Within a week after attending Memphis: The Musical, we saw a new movie (well, new at the time) – Green Book – many thumbs up! (Click for trailer.) Although not about race music, this movie involves both music and racism. Another timely event for my November and this post. However, this post is about Memphis and Cincinnati – so, let’s jump to Cleveland.

Cleveland is in the diagonally opposite corner of Ohio from Cincinnati – a 4 hour drive downtown-to-downtown. Cleveland is also home to the Rock and Roll Hall of Fame (Hall). Besides putting up the money to get the Hall, the location is based on Alan Freed, a Cleveland DJ (WJW) who coined the term rock and roll. Interestingly, Freed’s “sign-on” song was on the King Records label.

Then there is Terry Stewart, the Hall’s longest serving CEO and current President Emeritus, who said the following: “There are only three places in the country that can claim to be the birthplace of rock and roll: New Orleans, Memphis, and Cincinnati.” (Reminder of the two plays that I saw.) 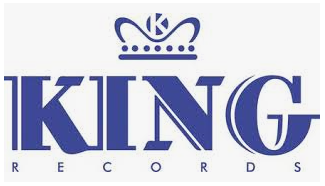 King Records is the reason Cincinnati is in that quote. Syd Nathan, a local sales hustler, started King Records in 1943. With Cincinnati being home to one of the nation’s most powerful radio stations (WLW) and the local population having many Blacks and poor Appalachian Whites, Nathan saw a musical opportunity.

In time, Nathan grew King Records into one of the most successful independent record labels in the country, Nathan also controlled the recording, mastering, pressing, and shipping processes because they were typically done in-house – therefore a quick turnaround from recording to store shelves.

Fever was a hit for Peggy Lee in 1958 – but did you know that King Records Little Willie John recorded Fever two years earlier?

Everyone knows the success with The Twist. Did you know that the song was first done by Hank Ballard and the Midnighters on King Records? Ballard was unavailable for American Bandstand, so Dick Clark (who wanted the song on the show) turned to a local artist to perform the song as a cover – enter Chubby Checker.

Music buffs may know King Records names as Albert King, Grandpa Jones, Joe Tex, The Dominoes, The Charms, Freddie King, and John Lee Hooker – but the biggest name at King Records was none other than the Godfather of Soul – James Brown – with this mega-hit that won Brown his first Grammy Award (Best R&B Performance, 1966).

Syd Nathan died in 1968. Although King Records final demise would shortly follow, it’s impact on the music industry would last forever. Meanwhile, the City of Cincinnati is considering a King Records Museum. Let’s toast the pioneers of race music in Cincinnati and Memphis. Cheers!

54 thoughts on “On Race Music”