La Sagrada Familia, the Expiatory Temple of the Holy Family, is one of the many great landmarks in Barcelona. For me, it was a must see, so before leaving home, we purchased our timed advance tickets during the first full day after our arrival. I left the facility stunned and moved.

I’ve been to St. Peter’s (Vatican), St. Mark’s (Venice), Duomo (Florence), St. Patrick’s (NYC), Notre-Dame Basilica of Montreal, stunning churches in St. Petersburg, Russia, and many other wonderful churches – but to me, La Sagrada Familia is the most moving religious place I’ve ever visited.

Famed local architect Antonio Gaudi (Gow DEE) designed the project, and the first stone was laid on in 1882. Gaudi worked on La Sagrada until his death (1926), and he is fittingly buried in a crypt below it. Historical and political events impacted construction, which is ongoing with hopes of completing the project in 2026.

La Sagrada Familia hovers over the city and its surroundings, thus easily seen from most vantage points.The outside is both striking, gaudy, and odd – it even reminds me of the towers one makes at the beach by dripping wet cone as an inverted cone. Close examination displays a detailed story and incredible intricacy with the sun providing an interplay of light and shadows playing an integral role with different direct light and shadows throughout the day. 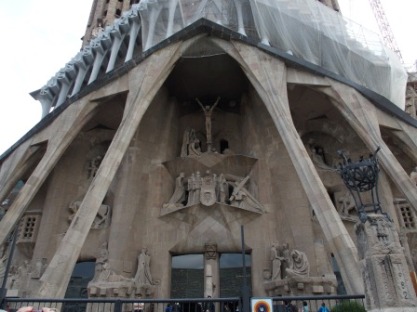 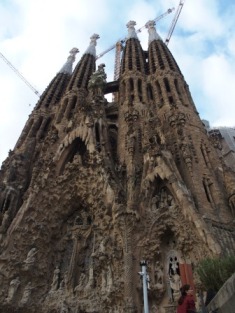 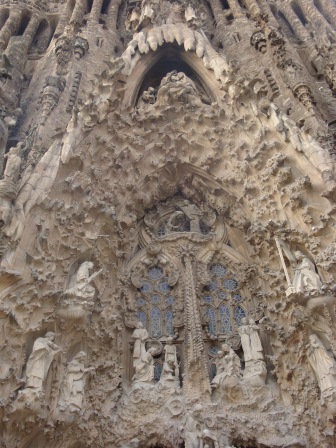 Inside is a different story, and that provided the moving experience. Gaudi had a deep faith, was a keen observer of nature, and a strong believer in using natural light. Instead of going on and on about the interior, I leave readers with these three quotes by Gaudi to help understand him – then enjoy the pictures.

Color in certain places has the great value of making the outlines and structural planes seem more energetic.

The amount of light should be just right, not too much, not too little, since having too much or too little light can both cause blindness. 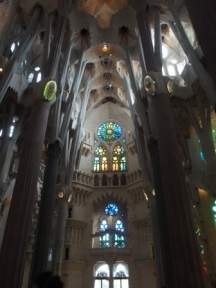 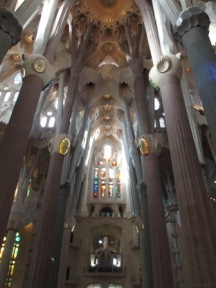 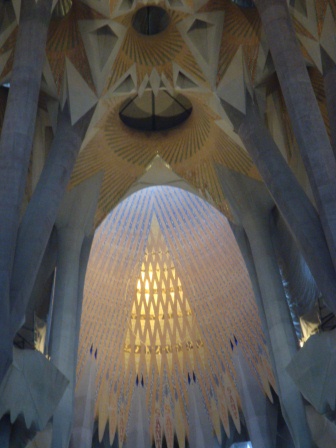 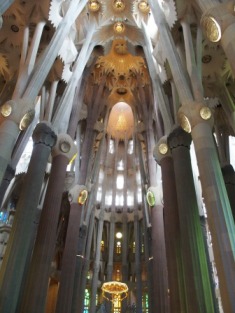 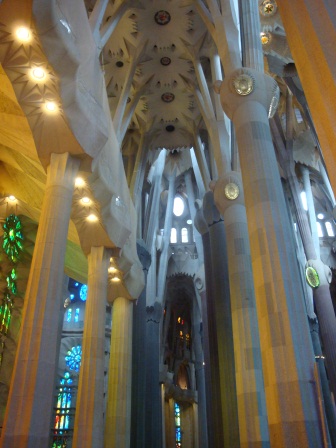 NOTE: Here’s a past post that has two wonderful videos about La Sagrada Familia.