Pronouns 2: The Musical continues with Act 3: Our(s). Yes, Our and Ours are acceptable. Curtain rises as Saturday at 1:00 AM (Eastern US). Meanwhile, I smile at the interactions between bloggers during the musical.

Earlier this week we saw the movie Green Book. We loved it … many thumbs up! Here’s the trailer.

This line from comedian Ricky Gervais made me laugh: “Being dead is like being stupid – it’s only painful to others.”

This week we watched a handful of Seinfeld episodes. Now that’s original comedy. When we were on a tour in Manhattan many years ago, the narrator said Seinfeld wasn’t a comedy show – but a documentary of life in Manhattan.

Until recently, I did not realize that WW 2 leaders Roosevelt (FDR), Hitler, and Mussolini all died within a span of 18 days.

A salute to Shimon! The kind thinker in Jerusalem started blogging in May 2011 – and our first encounter here was in March 2012. In this recent post he announced that it was probably his last blog post and he wanted to thank people. First of all, I appreciate when a blogger states their intentions to stop blogging (as opposed to walking away). Relationships are an important aspect of blogging, and I wish more would remember that. More importantly, Shimon is an example of why I believe the majority of the world is good. Shimon, thank you for being you. A toast of bourbon to you! Shalom.

As of Friday (30 Nov), 34 days until the Democrats can officially start supporting President Trump’s re-election by over-playing their hand.

Not surprised President Trump rejected recent the Climate Change report done as a group effort by 13 government agencies. After all, everyone knows that he knows more about climate change than the researchers – and the agencies have a political agenda, whereas he doesn’t. Mr. President, I challenge you to put your words into action by defunding the research arm of all 13 agencies.

I’m still amazed that Special Prosecutor Robert Mueller has been able to contain information about the investigation. We know so little – so the reason why many speculate. Meanwhile, I patiently wonder and wait.

The large caravan of Central Americans wanting to come into the US is interesting. I recently wonder “Why?” this group exists – and I come up with this list of four most-plausible possibilities.

To lead you into this week’s dose of satirical headlines, The Onion provides important dental hygiene tips.

To send you into the weekend, here’s a wonderful song from many years ago – and one for Resa who loves them, and Pauline who doesn’t know them. These Eyes (Guess Who). In the words of Garrison Keillor, Be well, do good work, and keep in touch.

Today (Thursday 23 November 2017) we in the USA celebrate Thanksgiving – a day of fun, feast, family, and fellowship. Bountiful Thanksgiving wishes to all.

On this day, I want to give thanks for a few things … OK … just a dozen.

I’m thankful for WordPress providing a platform for linking me to others across the world.

I’m thankful for encountering so many bloggers from across the globe who reinforce my belief that the majority of humanity is good. After all, goodness does not have boundaries.

I’m thankful for YouTube as a platform for everything and anything video, which allows me to share so much with others.

I’m thankful for first responders, caretakers, volunteers, and support staff who are there for the marginalized in any way: the disabled, the disenfranchised, the downtrodden, the abused, the poor, the suffering, the oppressed, and more.

I’m thankful for the good people I’ve encountered in life through work, neighborhood, church, community, school, events, and more because being around positive people is essential for a good life.

I’m thankful for my senses that allow me to experience the grand nature of creation.

I’m thankful for the ability to learn because the byproduct of learning differentiates stupidity, ignorance, and knowing.

I’m thankful for getting older because I am wiser than ever – therefore I don’t believe in going backwards.

I’m thankful for my Italian roots – and the attraction it gives me to a land afar.

I’m thankful for my wife – for her love, trust, support, companionship, and more for 42+ years of courtship and marriage.

I’m thankful for the existence of joy, happiness, and smiles – along with the many ways they can be attained.

I’m thankful that I don’t get tired of this video because it speaks volume to me about my belief in people. 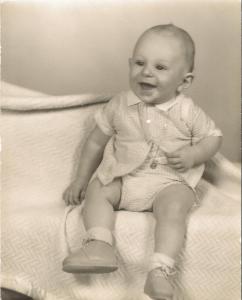 4) I wasn’t consider a troublemaker, but this strange night happened during my senior year.

5) Upon graduating high school, I traveled to the opposite corner of the state for college

6) … where one of my favorite things was this, which delivered a surprise moment

7) Since college graduation, my home has been this metropolitan area

8) I married my college sweetheart on this date

9) … spent most of my professional years doing this

13) This is our favorite local pastime

15) All in all, a good life, a happy life, with its share of ups and downs … yet my heart is still with my heritage (one and two in the same region)

16) Blogging here for the past 6+ years (since August 2008), and I’ve grown to appreciate goodness of so  many good people across the globe.

That’s my mom in 1964 from her hometown in Tuscany, in between Pisa and Florence. She’s standing on a small bridge that is special to me for a variety of reason. The small village way up the hill is where my grandmother was born and grew up. The bridge crosses a small river where I occasionally played.

The bridge didn’t get much traffic, thus the road was gravel. Greenhouses and a few carnation fields lined each side of the road. A the far of the road was the stone apartment building where my mother and her siblings were raised, and where my grandparents still lived when I last visited.

I remember the stone entrance and stops as I walked to the third-floor apartment, which was small with a stone floor. No – this wasn’t the Tuscan villa of our dreams.

My grandfather was tall, quiet, and stern man who provided for his family by working in a factory. I also recall waiting for him at the end of the street for his return home. My grandmother was the stereotypical short, smiling, pleasant Italian grandmother who was a domestic goddess with her cooking and sewing.

Mom was the fourth of six siblings. The oldest, my uncle, was in a wheelchair, thus live at home his entire life. The next was an uncle that I never met because he died in an accident in his 20s. Four girls followed – two older aunts, my mom, and my youngest aunt.

Well – that’s where I’ve been as I just returned from my first visit to see my relatives since 1964 – visit to focus on my last tie to my Mom – here youngest sister – and yes, my four first cousins and their families.

Obviously, the first encounter involved hugs and tears … and then we ate, drank, and laughed … and that was only day 1.

December 22 is a special day to honor history, science, military, cars, and some oddities. This post starts in 1962.

December 22, 1980: So its crew can celebrate John Erickson’s 18th birthday, USS Eisenhower returned to Norfolk, Virginia after a 251-day deployment

December 22, 2010: For nothing to do with John Erickson besides his 48th birthday, President Barack Obama signed a law allowing gays for the first time in history to serve openly in America’s military – thus repealing Don’t Ask, Don’t Tell policy

Many people have a soft spot for animals. As strays come to doors, some shoo them away, others offer temporary help, and some even take them in. In late 2010/early, someone saw my comment about being in Ohio – and shortly thereafter I received a visit. The best I can determine, John Erickson first commented here on January 3, 2011 – and he’s been not only hanging around here ever since, but he has also worked his way into many of your lives.

John always provides an interesting quip, and at times, I admit writing

something to set up his comment. Most of us got to know John through his visits because he didn’t host a blog as he does now. To John, I present the Commentator Award.

I’ve never met (in person) any bloggers, but this past October I drove 3.5 hours to meet John – and I had a wonderful day with hopes that I return in the spring. Happy birthday John … and a video for you below.