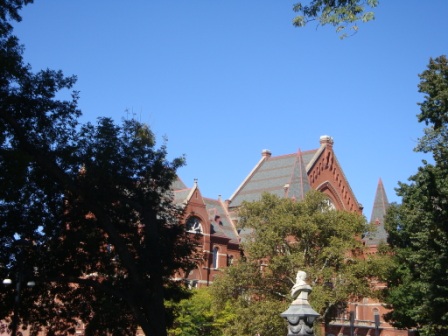 With its face towering over a rejuvenated Washington Park in the historic Over the Rhine neighborhood just north of city center, Music Hall is a Cincinnati treasure. Recognized by the US Department of the Interior as a National Historic Landmark (December 1974),

Music Hall is a grand building with a central concert hall, a large ballroom that originally served as an exhibition center for automobile shows, garden shows, and even hosting sporting events. We love ballroom dance events in this venue. I introduced Music Hall in this June 2011 post.

From the first performance on May 14, 1878 (the opera, Alceste, and Beethoven’s Eroica symphony) to serving as the current home to the Cincinnati Symphony and Pops Orchestras, Cincinnati Ballet, May Festival, and more, Music Hall remains the city’s cultural heart. Besides being one of America’s grand concert halls, it also has known as place haunted with ghosts – but friendly ghosts. 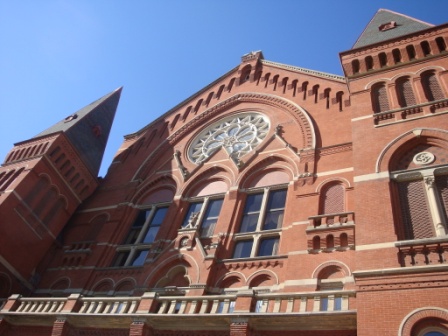 One can view its majestic nature from across Washington Park. Is there any doubt that Cincinnati Germans love for music? Nonetheless, its highest peak is quirky. 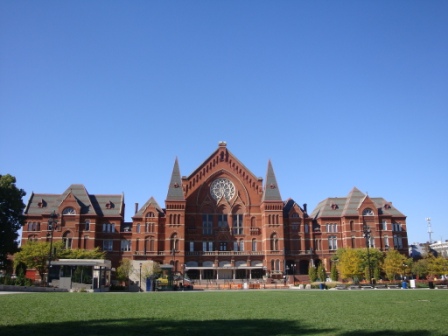 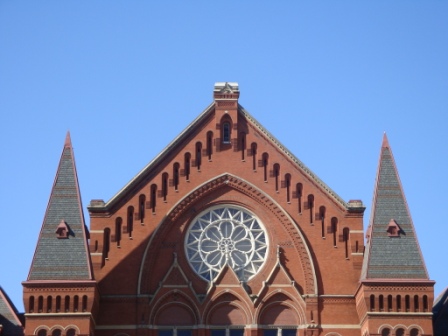 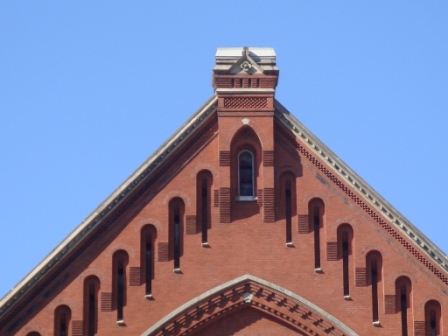 Enjoy the Fourth Movement of Tchaikovsky’s Symphony No. 4 from LumenoCity 2013, an event using Music Hall’s exterior as a backdrop for a concert also delivering a visual feast that is worth 10 minutes for those who like this sort of thing. Additional information related to this post is below the video.