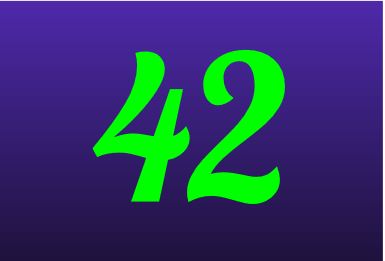 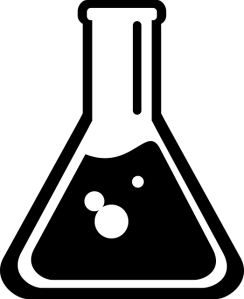 42 – the atomic number of the element molybdenum (Mo), whose neutrally charged atom has 42 protons and 42 electrons

42 – the normal number of chromosomes in each cell of wheat, rats, Rhesus Monkeys, wolverines, oats, fossas, and giant pandas

42 – Determined by the Babylonians, the number of times Mars orbits the Sun in 79 years

M42 – a Messier object nebula in the constellation Orion

Kepler-42 – a red dwarf in the constellation Cygnus

42 – the root directory inode number in the reiser4 file system

ASCII code 42 – for the asterisk symbol, being a wildcard for everything.

42 – a number Lewis Carroll frequently used in his writings

In Television and Film

The Kumars at No. 42 – an awarding winner television series on British telly

“42” – an episode of Doctor Who, set in real time lasting approximately 42 minutes.

42 – the number of threads in Watson’s avatar (the IBM computer competed on Jeopardy!)

42 – a film on the life of American baseball player Jackie Robinson. 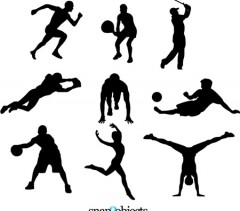 42 – the number of laws in cricket 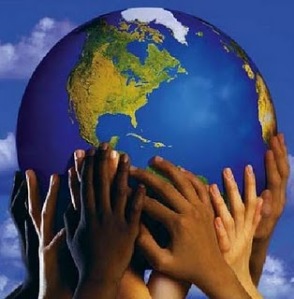 42 questions – In Egyptian mythology, the questions asked of persons making their journey through Death

42 – the historic country calling code for the former country of Czechoslovakia.

42 – number of US gallons in a barrel of oil

42 Center of Excellence for Artificial Intelligence, based in Vienna, Austria

42 – the name of the private computer science school located in Paris, France and Fremont, California

42 – the number of elevators in Rockefeller Center (New York City)

42 – the number of years of our 42nd wedding anniversary, which we celebrated during the recent blog break on a cruise ship with a sea day (2 April 2019).

This post bumped a weekend concert and more tidbits from Eastern Europe. So hey – it must be special! 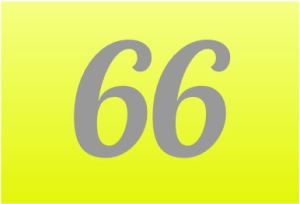 66 – the atomic number of the element dysprosium (Dy), whose neutrally charged atom contains 66 protons and 66 elections 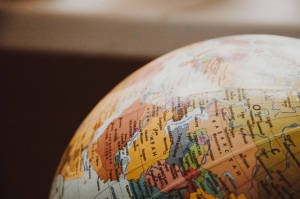 I-66: – A US interstate connecting Washington, DC and I-81 near Middletown, Virginia

66 N – a clothing manufacturer in Iceland

Papyrus 66 – near complete codex of Gospel of John

66 – In Abjad numerals, the numeric value of the Name Of Allah

66 – The number of the laps of the Spanish Grand Prix

Order 66 – In the Star Wars movie series, a prepared order to the clone troopers to kill the Jedi commanding them 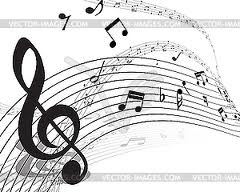 The 66 Laws of the Illuminati: The Secrets of Success (House of Illuminati); A Shade of Vampire 66 (Bella Forest) 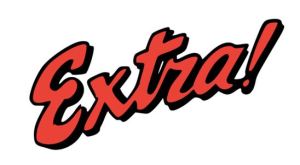 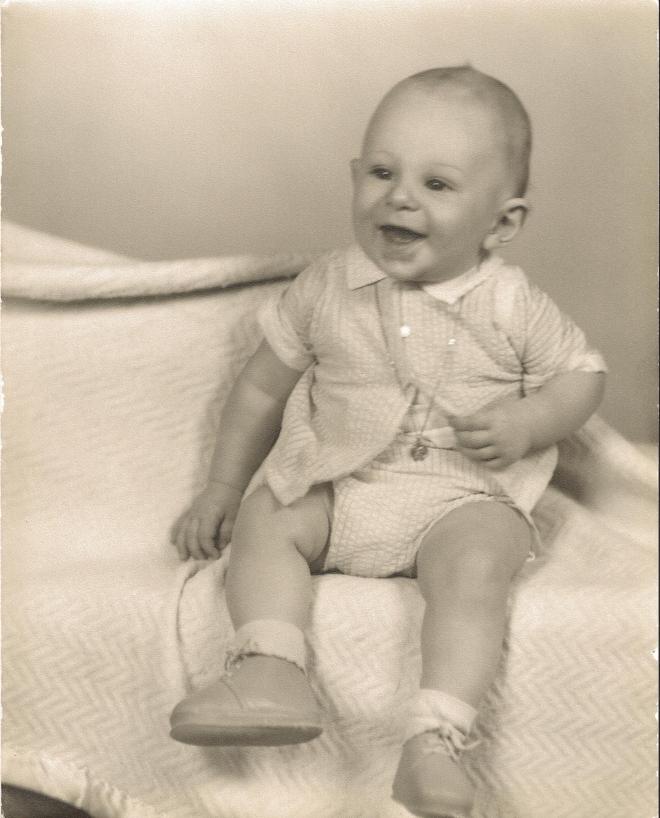 I can’t believe it! Look who has stopped to sing a song she wrote about me! 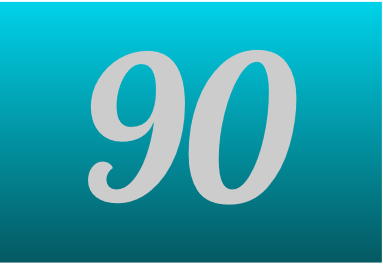 90 – the number of degrees in a right angle

90 – the number of chromosomes in cells of moonworts, African hedgehog, Grape fern, and Sweet potato

90 – the number of minutes in a football (soccer) match

90 proof – the measure of alcohol in Maker’s Mark Bourbon

90 – how old my mother would be if still living today (she died in 1984). Her birthday was a month ago (23rd Sept), and the day our Eastern Europe tour started.

This song does not have any version of ninety in the title, but my mother would have loved this singer and his son. Thinking of her when I first watched this video caused a few tears.

Carbon – each atom with 6 protons, but varying number of neutrons to form different isotopes, such as carbon-12 being almost 99% of the Earth’s carbon, and carbon-14, another naturally occurring form whose presence is used to determine ages (carbon dating)

Carbon – whose density is slightly twice more than water, so it sinks

Carbon – whose different physical forms are best known as charcoal, graphite, and diamond … each with different properties (from transparent to opaque, from hard to soft, from conductor to a resistor), thus different uses

Carbon as graphite, used in pencils (when combined with clay), in nuclear reactors to moderate the reaction in the reactor … plus is used in electric motors, dry batteries, electroplating, and manufacturing glass

Carbon as the black pigment in printing ink, artist’s oil paint and watercolors, carbon paper, automotive finishes, India ink and laser printer toner – thus was also one of the first pigments for tattoos

Carbon, in the form of activated charcoal, – used as an absorbent and absorbent in filter material in gas masks, water purification, kitchen hoods, and in medicine to absorb odors, impurities, toxins, poisons, or gases

Carbon – whose cycle involves all life forms, thus is important in processes as cell respiration, photosynthesis, biosynthesis (life processes making new molecules), decay (decomposition), and combustion – plus is passed from one organism to another by eating

Carbon – which combines with oxygen and hydrogen to make carbohydrates (including sugars), proteins, fats, and alcohol – then add nitrogen (and sometimes sulfur) to make DNA, RNA, antibiotics, amino acids, and more

Carbon – the foundation of cellulose, an important carbohydrate for plants – thus an important component in cotton, hemp, and numerous fabrics (natural and synthetic) .. plus animal products as wool,, cashmere, silk, and leather

Carbon – the foundation for organic chemistry, thus the chemical basis of all known life

Carbon – the substance forming the primary ingredient in coal

Carbon – which unites with hydrogens to make hydrocarbons as plastics, refrigerants, solvents lubricants, paraffin, and fossil fuels such as petroleum, methane, butane, propane, octane, kerosene, natural gas (a mixture), and others.

Carbon – whose combination with silicon, tungsten, boron, or titanium, form carbides – which are among the hardest known materials, and are used as abrasives in cutting and grinding tools.

Carbon – Its abundance in the Sun, stars, comets, asteroids, and other atmospheres stimulates our wonder if life exists elsewhere

Carbon – scattered in the universe as space dust from supernova explosions

Note: The reader may not remember this, but 3-5 years ago Jim Wheeler suggested I do a post about carbon. I immediately knew Jim’s idea was a great one, and started drafting. For a variety of reasons, the draft sat for a long time, but it remained in my eyesight. Not long ago I decided to make the post a reality. Jim, thanks for the suggestion – and this post is for you.

1968 – 50 years ago; a year of triumph and tragedy; a year of social unrest and cultural changes; the year that some describe as the most tumultuous in history; a year I remember as a 15 year old; a year captured below with randomly ordered events. 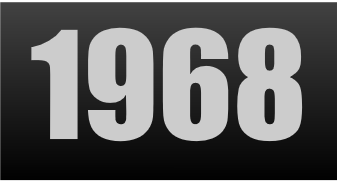 1968 – Vietnam War, Tet Offensive, My Lai massacre, and the end of US bombings

1968 – General Strike in France by students and workers

1968 – Unrests on college campuses across the US

1968 – Black power salute after the gold and bronze medalists at Olympics in Mexico City, Mexico

1968 – Completed: The Aswan Dam in Egypt and the Gateway Arch in St. Louis, Missouri

1968 – The border between Spain and Gibraltar is closed

1968 – Riots at the Democratic Party National Convention in Chicago, Illinois

1968 – US Explodes experimental hydrogen bomb and France explodes its first

1968 – The first ATM (automated teller machine) in the US (Philadelphia)

1968 – Popular films include The Graduate, Bonnie and Clyde, The Odd Couple, Planet of the Apes, Rosemary’s Baby, and Guess Who’s Coming to Dinner

1968 – Popular Songs include Hey Jude (Beatles), Mrs. Robinson (Simon & Garfunkel), Hello I Love You (Doors), Honey (Bobby Goldsboro), I Heard it through the Grapevine (Marvin Gaye), Love is Blue (Paul Mauriat), The Dock of the Bay (Otis Redding), People Got to Be Free (Rascals)