The 114th US Congress (435 Representatives and 100 Senators) is now in session. With Republicans controlling both chambers, it will be interesting to see how their relationship with a Democratic president unfolds.

Republicans love to champion a decrease in spending – of course, they do so while protecting their sacred cows and attacking the Democratic sacred cows. To me, one way the Republicans can legitimize decreased spending and promote their smaller government mantra (plus gain favor with the public) is by significant decreasing funding of their own operation – the budget for operating Congress. (I know, fat chance of that.)

For those that don’t know, the cost of operating Congress is about $1.7 billion per year. In the chart below, I examine salaries, staffing, and office expenses for each office and the Congressional committees. 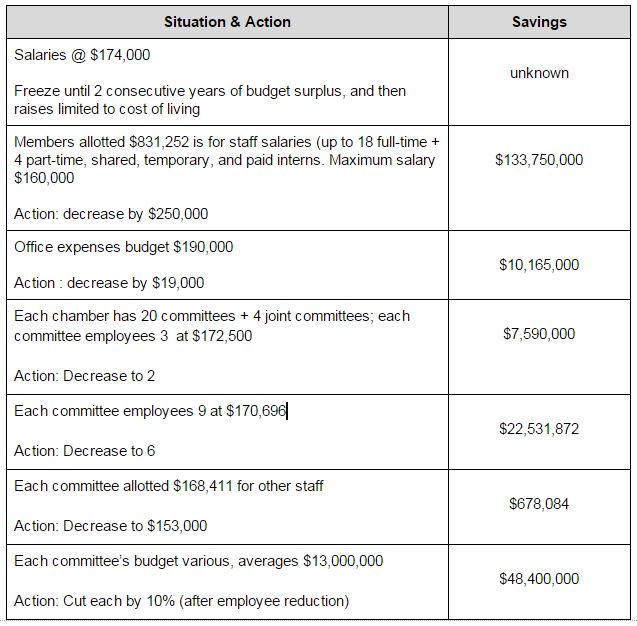 Note: For the ease of understanding and calculations, I rounded figures

The savings represent over $54,000,000. On the other hand, it’s only 3% of the Congressional operating budget. Nonetheless, it’s a start, which means there is more room to cut even more.

Hey Congress, when you are done looking at yourself, reforming the procurement process can deliver mega-savings – but I know, you won’t do that either. OK – back to your sacred cows.